Getting to Cronulla
How to locate us...

Our Car Show is held in the beach-side suburb of Cronulla, which is located withing the Sutherland Shire. 'The Shire' as it's known to many, is located 25km south of Sydney’s CBD and is accessible by car, rail and bus. Most international and domestic airlines fly into Sydney Airport, from the Airport it’s a short 20-minute drive, making The Sutherland Shire a very convenient destination to visit. 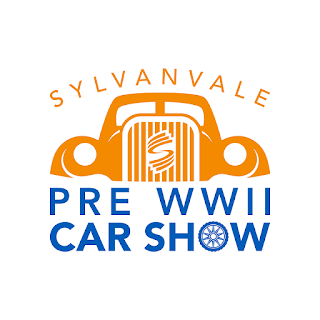 Driving
If you’re driving from Sydney city, or Sydney airport, head south and look for the signs that lead you towards Wollongong, this is a region about an hour south of the Shire. Similarly if you’re heading north from Melbourne, Canberra, or Wollongong follow the signs that lead you towards Sydney.
There are three road bridges leading into the Sutherland Shire from the northern side; Captain Cook Bridge, Tom Uglys Bridge and Alfords Point Bridge. The quickest route from the city is along South Dowling Street, which turns into Southern Cross Drive passing near Sydney Airport. As you approach Brighton-Le-Sands veer left onto General Holmes drive and continue along the Grand Parade. After about 15-minutes you will approach a T-intersection, turn left onto Rocky Point Rd which will take you over Captain Cook Bridge and voila you’re in the Shire!
Check out our local maps page to see where to go once you arrive and for up to date roads and traffic information visit: Live Traffic NSW

Sydney Trains operates train services to the Shire every 15-30 minutes, they run on the Eastern Suburbs & Illawarra line. If you’re traveling from Sydney city there are direct trains from the following stations; Kings Cross, Martin Place, Town Hall and Central. The train ride takes approximately 30-45 minutes. If you’re coming from the airport you’ll need to change trains at Wolli Creek Station to get on the Eastern Suburbs & Illawarra line.

Visitors coming from the South, including Nowra, Wollongong and Dapto can travel via the South Coast train line.

There are 12 railway stations located within the Sutherland Shire, each have ticket & Opal Card purchasing facilities. To view the Sydney Trains timetable and maps click here: Sydney Trains 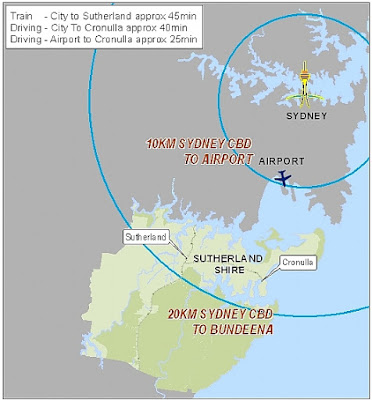 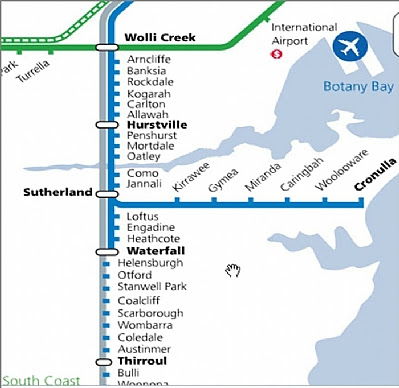