This Boy’s Dream by Paul Kinder

This week our Event Director, Ken Warburton, caught up with the Salvation Army's Major Paul Kinder to gather some information on the car, a 1934 Morris Minor Four-door Tourer that Major Kinder will be presenting at our Show on Sunday April 5th, 2020.

Here's Major Paul Kinder's story in his own words...

“I dreamt of being the good humoured preacher who visited people around town in his vintage car.”

The dream began with the birthday gift of a couple of Matchbox Models of Yesteryear when I was just seven-years-old. And grew to a passion for English cars built between the First and Second World Wars.


I was destined to become that preacher, and have fulfilled my calling within The Salvation Army in Australia. Living on a minister’s stipend almost guaranteed I would never afford to purchase my vintage car until after I retired. So I built quite a collection of model vintage cars, ensured my bride was happy to have vintage cars for our wedding vehicles, and kept the dream alive. 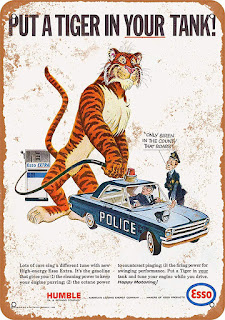 In my late forties, I reconnected with a teenage friend. We chatted about our developing lives, hopes and dreams. He invited me to check out his garage… and opened the doors to reveal an orange 1934 Morris Minor… in bits. Here was an English car from the pre WWII period. What a dream!

He’d inherited it from his father on the promise he ensure its preservation. My mate had already shared that his dream was a VW Beetle, so I asked for first refusal should he ever find his Beetle, and want to pass the Morris on. (I prayed this would not happen quickly – our son and daughter were both in high school).

Ten years later, and fifty years after the genesis of my dream, my mate called me and suggested we chat again about the Morris. My bride of thirty years now shared the vintage car dream, and MORRIE came to live with us in September 2016.

Ralph is now our Chief Engineer, and, as an apprentice, I make a pretty good preacher – Hehehe. We’ve recommissioned the engine, and had the car on historic registration since September 2018. I have now realised the dream… the preacher who visits people around town in his vintage car, hopefully, in a good humoured manner.

MORRIE was imported as a rolling chassis by York Motors Sydney in 1934, and bodied by Holden as a special order, for a Doctor in Sutherland. It is one of only two four-door tourers ever built.

In 1938, the car was sold to a service station owner in Peakhurst who used it as a daily driver until 1959. Taking the car off the road, he used the Morris as the promotional vehicle for his “Put a Tiger in Your Tank” Esso service station – MORRIE gained his tiger stripes.


The car was swapped for a used furniture van in 1968, and my mate’s father began a sympathetic preservation. We are only the fourth custodians, and believe the indicated mileage to be original. Incidentally, the other four-door tourer was destroyed in an accident in 1948.

We’re delighted to share our unique 1934 Morris Minor Four-door Tourer (by Holden), bringing this unique car back to its first home through the Sylvanvale Vintage Car Show, and the Motoring Enthusiasts Group of the Cronulla RSL.